Reasons to be Cheerful Summer 2010 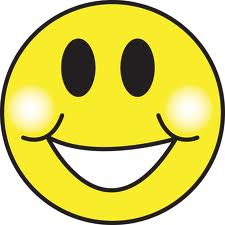 Every few months here at SCOTT TOPICS™ I like to assess my level of happiness. Of course, that can be a sorta futile exercise at times, considering a) the general state of the world and b) how busy I make myself and some of the ridiculous decisions I’ve made (go back to Brown AND still work at Giant AND try to finish a novel?) and continue to make (get a PhD?). That said, I did get to spend a great month in New York, visiting with my Mom and Pops, the greatest parents in the world (or at least they were from 1970 to 1980, and then again sometime in the late 90s—only kidding, Bryants, you know I love you), and seeing my lil sister, who keeps me grounded and likes to wax nostalgic with me. So I try to be thankful for the good things even when I’m chastising myself for being lazy or boring or jealous of my friends who got a chance to actually get a vacation this summer.

So, here’s my list of Reasons to be Cheerful. Maybe some of them make you happy as well…

So, till next time: don’t worry, try to be happy, and remember the things that make you cheerful…Oh, by the way, for those of you who don’t know the original song that gives this blog post its name and theme, here’s a video of Ian Dury and the Blockheads funky 1979 song:

7 responses to “Reasons to be Cheerful Summer 2010”